THE MONTH IN BRIEF
August brought an overwhelming natural disaster, a threat of war from a foreign dictator, and violence in the streets – so it is little wonder stocks went sideways. The S&P 500 eked out an advance of 0.05% for the month. Economically speaking, there were some positives: improvements in consumer confidence and consumer spending, continued strength in manufacturing, and a comeback for retail sales. The economies of the eurozone and the Asia-Pacific region showed more upside. In the commodities market, gold and gasoline grew more valuable, while the price of oil fell. A seller’s market seemed firmly in place in residential real estate. Investors hung on through the turbulence.1 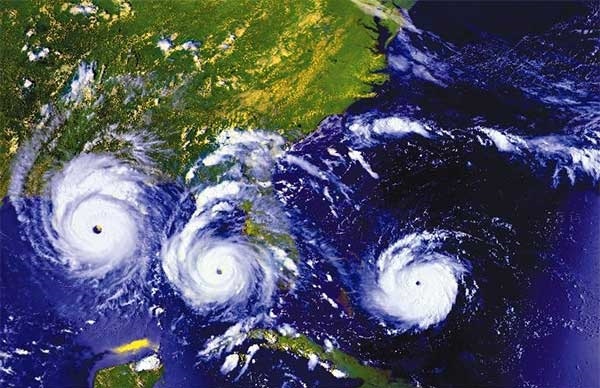 DOMESTIC ECONOMIC HEALTH
Americans spent more this summer and felt optimistic about the state of economy. The evidence? The July gain in personal spending and the lofty reading on the Conference Board’s August consumer confidence index. Consumer spending improved 0.3% in July as consumer incomes rose 0.4%. That seemingly had an effect on retail sales, which, in July, had their best month in some time: they advanced 0.6%. The CB index went north to a mark of 122.9, up 2.9 points from its notably high July reading. (The University of Michigan’s consumer sentiment index finished August at 96.8, above its final July reading of 93.4, but slightly lower than its preliminary August mark of 97.6.)2,3

Another important index registered an impressive reading in August: the Institute for Supply Management’s purchasing manager index for U.S. manufacturing. Already at 56.3 in July, it improved to 58.8 last month, indicating strong expansion for the factory sector. At the start of August, ISM’s non-manufacturing sector PMI bore a July reading of 53.9, 3.5 points lower than its June mark; that was still well over the 50-level, delineating growth from contraction.2,4

August also brought news that the economy had grown 3.0% in the second quarter. That word came from the Bureau of Economic Analysis, which revised its first estimate of Q2 growth up from 2.6%.2

The Department of Labor’s latest jobs report found payrolls expanding by just 156,000 new positions in August; June and July gains were respectively revised downward to 210,000 and 189,000. Yearly wage growth stayed at 2.5%, a remarkably weak number given the country’s 4.4% unemployment rate. The U-6 rate measuring “total” unemployment remained at 8.6%. (Before the Great Recession, it was as low as 8.0%; that difference may indicate the nation is not yet at full employment.)5

While the Federal Reserve would like yearly inflation to reach 2.0% as it tightens monetary policy, it is not yet getting its wish. Neither the Consumer Price Index or the Producer Price Index displayed a 2.0% annualized reading in July. The PPI came close at 1.9%; the CPI was at 1.7%. Core consumer inflation was also at 1.7%. Producer prices actually retreated 0.1% in July.3

Regarding the economic impact of Hurricane Harvey, Moody’s Analytics projects the toll will be between $40-$50 billion, with property damage representing more than 80% of that cost. This staggering amount would still be far less than the $130 billion in financial damage from Hurricane Katrina in 2005.6

GLOBAL ECONOMIC HEALTH
The euro is having a great year. At the end of August, the currency had gained 14% on the dollar YTD. Its performance is not dissuading stock investors: so far, this year, €20 billion of the €60 billion that left European equities in the past two years has flowed back in, and as CNBC notes, European corporations saw profits rise 25% in the first quarter alone. Eurostat, the European Union’s statistics office, recorded a 0.5% GDP advance for the eurozone in Q1 and 0.6% growth for Q2. UBS economists now think the euro area will achieve 2% GDP this year and 1.6% next year – an improvement over their previous projection.7

Reports revealed that the economies of four Asian nations had a superb second quarter. Malaysia’s yearly GDP reached 5.8%; Thailand’s, 3.7%. GDP surpassed 6% in both the Philippines and Vietnam. The major reason for such robust expansion: a surge in exports. Good news came from China as well: in August, its official factory PMI increased 0.3 points to 51.7, topping Bloomberg’s forecast of 51.3. The country’s official service sector PMI declined 1.1 points, but still looked healthy at 53.4.8,9

COMMODITIES MARKETS
Cotton and unleaded gasoline outdid the other major commodities last month. Prices of both futures surged late in August: the former commodity rose 19.63% for the month; the latter, 12.12%.12

REAL ESTATE
An imbalance between supply and demand kept home buying in check in August. The National Association of Realtors stated that existing home sales fell for a second straight month in July, slipping 1.3% to the lowest annualized rate of 2017. The cause can be traced to two year-over-year developments: a 9.0% reduction in the supply of homes on the market paired with a 6.2% rise for the median sale price ($258,300 in July). One positive: home sales were still 2.1% improved for the year ending in July. After a 1.9% advance in June, new home buying declined 9.4% in July according to a Census Bureau report.3,13

Rounding up other key real estate indicators, the NAR’s pending home sales index was down 1.3% for July; the 20-city S&P/Case-Shiller home price index displayed a 5.8% annual advance, rising 0.1% in its June edition. As for construction activity, the Census Bureau reported a 4.8% dip for housing starts and a 4.1% fall for building permits during July.2,3

Sources: barchart.com, bigcharts.com, treasury.gov – 8/31/171,15,16,17
Indices are unmanaged, do not incur fees or expenses, and cannot be invested into directly. These returns do not include dividends. 10-year TIPS real yield = projected return at maturity given expected inflation.

September might pose some difficulties for the markets. By September 30, Congress must pass a budget or face a federal shutdown; additionally, Treasury Secretary Steven Mnuchin has stated that the U.S. will hit its debt ceiling on September 29. Tensions over these matters in Washington could greatly affect Wall Street. North Korea remains a threat. The Federal Reserve may begin shrinking its $4.5 trillion bond portfolio before Q3 ends, and the European Central Bank might soon scale back its easing effort. It could be that the bulls will saunter past all this, but there are certainly enough caution flags to make institutional investors think twice this month. Perhaps a retreat can be avoided as the third quarter concludes.18